Music was everywhere during the Civil War. Tunes could be heard ringing out from parlor pianos, thundering at political rallies, and setting the rhythms of military and domestic life. With literacy still limited, music was an important vehicle for communicating ideas about the war, and it had a lasting impact in the decades that followed. Drawing on an array of published and archival sources, Christian McWhirter analyzes the myriad ways music influenced popular culture in the years surrounding the war and discusses its deep resonance for both whites and blacks, South and North.

Though published songs of the time have long been catalogued and appreciated, McWhirter is the first to explore what Americans actually said and did with these pieces. By gauging the popularity of the most prominent songs and examining how Americans used them, McWhirter returns music to its central place in American life during the nation's greatest crisis. The result is a portrait of a war fought to music. 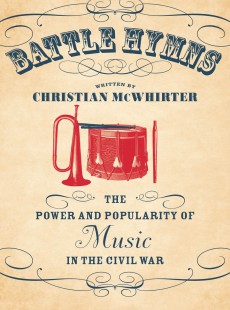 The Power and Popularity of Music in the Civil War