African American freedom is often defined in terms of emancipation and civil rights legislation, but it did not arrive with the stroke of a pen or the rap of a gavel. No single event makes this more plain, Laurie Green argues, than the 1968 Memphis sanitation workers' strike, which culminated in the assassination of Martin Luther King Jr. Exploring the notion of "freedom" in postwar Memphis, Green demonstrates that the civil rights movement was battling an ongoing "plantation mentality" based on race, gender, and power that permeated southern culture long before--and even after--the groundbreaking legislation of the mid-1960s.

With its slogan "I AM a Man!" the Memphis strike provides a clarion example of how the movement fought for a black freedom that consisted of not only constitutional rights but also social and human rights. As the sharecropping system crumbled and migrants streamed to the cities during and after World War II, the struggle for black freedom touched all aspects of daily life. Green traces the movement to new locations, from protests against police brutality and racist movie censorship policies to innovations in mass culture, such as black-oriented radio stations. Incorporating scores of oral histories, Green demonstrates that the interplay of politics, culture, and consciousness is critical to truly understanding freedom and the black struggle for it. 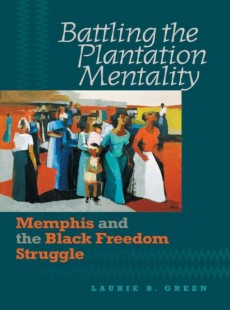 Memphis and the Black Freedom Struggle