Behind the Scenes is the life story of Elizabeth Keckley, a shrewd entrepreneur who, while enslaved, raised enough money to purchase freedom for herself and her son. Keckley moved to Washington, D.C., where she worked as a seamstress and dressmaker for the wives of influential politicians. She eventually became a close confidante of Mary Todd Lincoln. Several years after President Lincoln's assassination, when Mrs. Lincoln's financial situation had worsened, Keckley helped organize an auction of the former first lady's dresses, eliciting strong criticism from members of the Washington elite. Behind the Scenes is, therefore, both a slave narrative and Keckley's attempt to defend the motives behind the auction. However, the book's publication prompted an even greater public outcry, with the added racial subtext of white society's disdain for Keckley's audacity in publishing details of the Lincolns' private lives. Keckley's dressmaking business failed, the Lincoln family cut all ties with her, and she lived out her final days in a home for the indigent. Scholars have acknowledged the book's valuable account of slave life as well as its intimate view into the Lincoln White House. Biographers of the Lincolns have quoted extensively from Keckley's text. 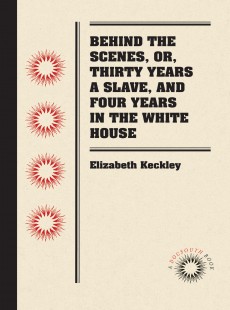 Behind the Scenes, or, Thirty Years a Slave, and Four Years in the White House