The battle of Bentonville, the only major Civil War battle fought in North Carolina, was the Confederacy's last attempt to stop the devastating march of William Tecumseh Sherman's army north through the Carolinas. Despite their numerical disadvantage, General Joseph E. Johnston's Confederate forces successfully ambushed one wing of Sherman's army on March 19, 1865 but were soon repulsed. For the Confederates, it was a heroic but futile effort to delay the inevitable: within a month, both Richmond and Raleigh had fallen, and Lee had surrendered. 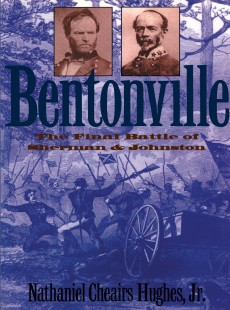 The Final Battle of Sherman and Johnston