Beyond Confederation scrutinizes the ideological background of the U.S. Constitution, the rigors of its writing and ratification, and the problems it both faced and provoked immediately after ratification. The essays in this collection question much of the heritage of eighteenth-century constitutional thought and suggest that many of the commonly debated issues have led us away from the truly germane questions. The authors challenge many of the traditional generalizations and the terms and scope of that debate as well.

The contributors raise fresh questions about the Constitution as it enters its third century. What happened in Philadelphia in 1787, and what happened in the state ratifying conventions? Why did the states--barely--ratify the Constitution? What were Americans of the 1789s attempting to achieve? The exploratory conclusions point strongly to an alternative constitutional tradition, some of it unwritten, much of it rooted in state constitutional law; a tradition that not only has redefined the nature and role of the Constitution but also has placed limitations on its efficacy throughout American history. 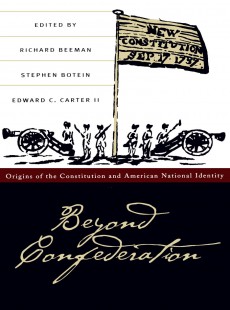 Origins of the Constitution and American National Identity