During World War I, the publishers of America's crusading black newspapers faced a difficult dilemma. Would it be better to advance the interests of African Americans by affirming their patriotism and offering support of President Wilson's war for democracy in Europe, or should they demand that the government take concrete steps to stop the lynching, segregation, and disfranchisement of blacks at home as a condition of their participation in the war?

This study of their efforts to resolve that dilemma offers important insights into the nature of black protest, race relations, and the role of the press in a republican system. William Jordan shows that before, during, and after the war, the black press engaged in a delicate and dangerous dance with the federal government and white America--at times making demands or holding firm, sometimes pledging loyalty, occasionally giving in.

But although others have argued that the black press compromised too much, Jordan demonstrates that, given the circumstances, its strategic combination of protest and accommodation was remarkably effective. While resisting persistent threats of censorship, the black press consistently worked at educating America about the need for racial justice. 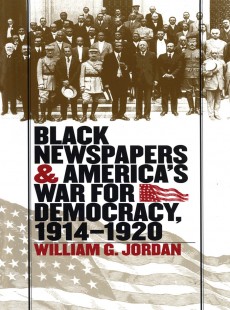