Most Americans see the passage of the Voting Rights Act of 1965 as the culmination of the civil rights movement. When the law was enacted, black voter registration in Mississippi soared. Few black candidates won office, however. In this book, Frank Parker describes black Mississippians' battle for meaningful voting rights, bringing the story up to 1986, when Mike Espy was elected as Mississippi's first black member of Congress in this century.

To nullify the impact of the black vote, white Mississippi devised a political "massive resistance" strategy, adopting such disenfranchising devices as at-large elections, racial gerrymandering, making elective offices appointive, and revising the qualifications for candidates for public office. As legal challenges to these mechanisms mounted, Mississippi once again became the testing ground for deciding whether the promises of the Fifteenth Amendment would be fulfilled, and Parker describes the court battles that ensued until black voters obtained relief. 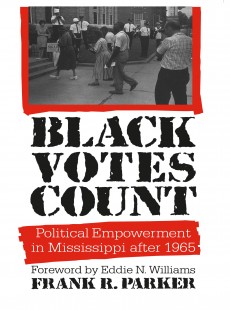 Political Empowerment in Mississippi After 1965