Spanning the North Atlantic rim from Canada to Scotland, and from the Caribbean to the coast of West Africa, the British Atlantic world is deeply interconnected across its regions. In this groundbreaking study, thirteen leading scholars explore the idea of transatlanticism--or a shared "Atlantic world" experience--through the lens of architecture, built spaces, and landscapes in the British Atlantic from the seventeenth century through the mid-nineteenth century. Examining town planning, churches, forts, merchants' stores, state houses, and farm houses, this collection shows how the powerful visual language of architecture and design allowed the people of this era to maintain common cultural experiences across different landscapes while still forming their individuality.

By studying the interplay between physical construction and social themes that include identity, gender, taste, domesticity, politics, and race, the authors interpret material culture in a way that particularly emphasizes the people who built, occupied, and used the spaces and reflects the complex cultural exchanges between Britain and the New World. 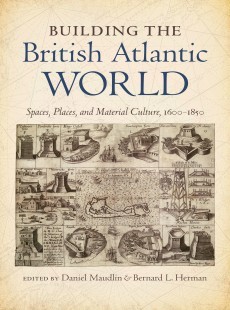