In a compelling story of the installation and operation of U.S. bases in the Caribbean colony of Trinidad during World War II, Harvey Neptune examines how the people of this British island contended with the colossal force of American empire-building at a critical time in the island's history.

The U.S. military occupation between 1941 and 1947 came at the same time that Trinidadian nationalist politics sought to project an image of a distinct, independent, and particularly un-British cultural landscape.

Tracing the debates about change among ordinary and privileged Trinidadians, he argues that it was the poor, the women, and the youth who found the most utility in and moved most avidly to make something new out of the American presence.

Neptune also places this history of Trinidad's modern times into a wider Caribbean and Latin American perspective, highlighting how Caribbean peoples sometimes wield "America" and "American ways" as part of their localized struggles. 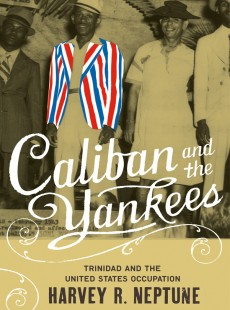 Caliban and the Yankees

Trinidad and the United States Occupation