This account of the settlement of one segment of the North Carolina frontier -- the land between the Yadkin and Catawba rivers -- examines the process by which the piedmont South was populated. Through its ingenious use of hundreds of sources and documents, Robert Ramsey traces the movement of the original settlers and their families from the time they stepped onto American shores to their final settlement in the northwest Carolina territory. He considers the economic, religious, social, and geographical influences that led the settlers to Rowan County and describes how this frontier community was organized and supervised. 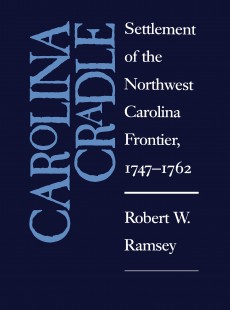 Settlement of the Northwest Carolina Frontier, 1747-1762