Celia Sanchez Manduley (1920–1980) is famous for her role in the Cuban revolution. Clad in her military fatigues, this "first female guerrilla of the Sierra Maestra" is seen in many photographs alongside Fidel Castro. Sanchez joined the movement in her early thirties, initially as an arms runner and later as a combatant. She was one of Castro's closest confidants, perhaps lover, and went on to serve as a high-ranking government official and international ambassador. Since her death, Sanchez has been revered as a national icon, cultivated and guarded by the Cuban government. With almost unprecedented access to Sanchez's papers, including a personal diary, and firsthand interviews with family members, Tiffany A. Sippial presents the first critical study of a notoriously private and self-abnegating woman who yet exists as an enduring symbol of revolutionary ideals.

Sippial reveals the scope and depth of Sanchez's power and influence within the Cuban revolution, as well as her struggles with violence, her political development, and the sacrifices required by her status as a leader and "New Woman." Using the tools of feminist biography, cultural history, and the politics of memory, Sippial reveals how Sanchez strategically crafted her own legacy within a history still dominated by bearded men in fatigues. 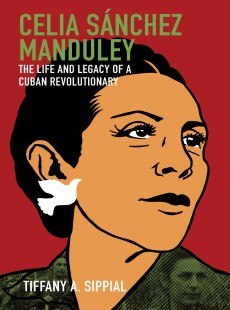 The Life and Legacy of a Cuban Revolutionary