Colin Palmer, one of the foremost chroniclers of twentieth-century British and U.S. imperialism in the Caribbean, here tells the story of British Guiana's struggle for independence. At the center of the story is Cheddi Jagan, who was the colony's first premier following the institution of universal adult suffrage in 1953.

Informed by the first use of many British, U.S., and Guyanese archival sources, Palmer's work details Jagan's rise and fall, from his initial electoral victory in the spring of 1953 to the aftermath of the British-orchestrated coup d'etat that led to the suspension of the constitution and the removal of Jagan's independence-minded administration. Jagan's political odyssey continued--he was reelected to the premiership in 1957--but in 1964 he fell out of power again under pressure from Guianese, British, and U.S. officials suspicious of Marxist influences on the People's Progressive Party, founded in 1950 by Jagan and his activist wife, Janet Rosenberg. But Jagan's political life was not over--after decades in the opposition, he became Guyana's president in 1992.

Subtly analyzing the actual role of Marxism in Caribbean anticolonial struggles and bringing the larger story of Caribbean colonialism into view, Palmer examines the often malevolent roles played by leaders at home and abroad and shows how violence, police corruption, political chicanery, racial politics, and poor leadership delayed Guyana's independence until 1966, scarring the body politic in the process. 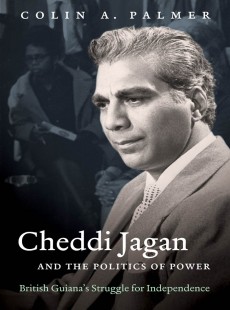 Cheddi Jagan and the Politics of Power