Clyde E. Palmer: Arkansas Newspaper Publisher began as a thesis by Lawrence J. Bracken, a student at the University of Arkansas at Little Rock. Bracken's extensive research over several years traces the career and impact of Palmer, a force in American journalism for nearly 50 years until his death in 1957.

Palmer, an enterprising Arkansas newspaper publisher, engineered a conglomerate of media properties that was uncommon in his era. He was a successful businessperson and became a pioneer of technological developments in newspaper publishing.

He established a lasting influence through the many future editors and publishers that worked for him before their careers took them to leadership positions at newspapers across the nation.

Perhaps his most enduring legacy is as the patriarch of the four successive family generations of publishers to lead with a powerful commitment to journalism in the public interest supported by sustainable profits from the business of journalism.

Palmer's daughter Betty obtained a degree in journalism at the University of Missouri, where she met Walter Hussman, who devoted his career to the company in both newspaper publishing and moving it into television broadcasting and cable television. The company WEHCO Media Inc. carries the mantle of Palmer's legacy today under the leadership of Palmer's grandson, Walter Hussman Jr. Hussman's daughter, Eliza Hussman Gaines, leads the company's flagship newspaper as managing editor of the Arkansas Democrat-Gazette.

In an era when newspapers are challenged by digital economics, understanding the roots of the business and the importance of journalism to civic society is perhaps more important than ever. Palmer's story is one of America's early newspaper success stories, which has carried forward for over a century. 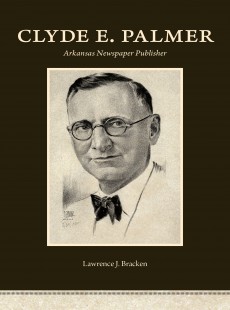