Coming of Age in Chicago explores a watershed moment in American anthropology, when an unprecedented number of historians and anthropologists of all subfields gathered on the 1893 Chicago Columbian Exposition fairgrounds, drawn together by the fair's focus on indigenous peoples. Participants included people making a living with their research, sporadic backyard diggers, religiously motivated researchers, and a small group who sought a "scientific" understanding of the lifeways of indigenous peoples. At the fair they set the foundation for anthropological inquiry and redefined the field. At the same time, the American public became aware, through their own experiences at the fair, of a global humanity, with reactions that ranged from revulsion to curiosity, tolerance, and kindness.   Curtis M. Hinsley and David R. Wilcox combine primary historical texts, modern essays, and rarely seen images from the period to create a volume essential for understanding the significance of this event. These texts explore the networking of thinkers, planners, dreamers, schemers, and scholars who interacted in a variety of venues to lay the groundwork for museums, academic departments, and expeditions. These new relationships helped shape the profession and the trajectory of the discipline, and they still resonate more than a century later. 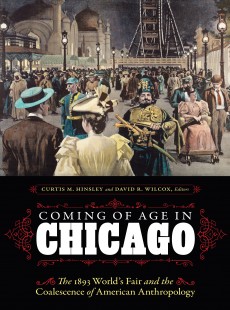 Coming of Age in Chicago

The 1893 World's Fair and the Coalescence of American Anthropology