A lost literary relic of the First World War, Common Cause tells the story of Jeremy Robson, a crusading newspaper editor in the fictional midwestern town of Fenchester. The Guardian's muckraking has led special interests to withhold advertising in order to drive Robson out of business. But he and local plutocrats put their differences aside when war is declared in 1917 in order to attack the German-American community for its supposed fealty to their Fatherland. Common Cause provides a vivid picture of the America-first fear and hate that gripped the midwestern United States during the Great War. 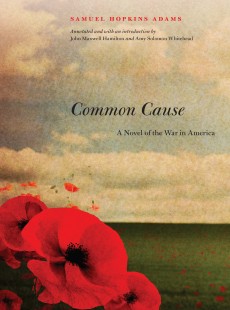 A Novel of the War in America