During the Civil War, some Confederates sought to prove the distinctiveness of the southern people and to legitimate their desire for a separate national existence through the creation of a uniquely southern literature and culture. Michael Bernath follows the activities of a group of southern writers, thinkers, editors, publishers, educators, and ministers--whom he labels Confederate cultural nationalists--in order to trace the rise and fall of a cultural movement dedicated to liberating the South from its longtime dependence on Northern books, periodicals, and teachers. By analyzing the motives driving the struggle for Confederate intellectual independence, by charting its wartime accomplishments, and by assessing its failures, Bernath makes provocative arguments about the nature of Confederate nationalism, life within the Confederacy, and the perception of southern cultural distinctiveness. 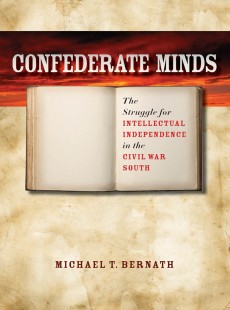 The Struggle for Intellectual Independence in the Civil War South