Nineteenth-century American authors, critics, and readers believed that biography had the power to shape individuals' characters and to help define the nation's identity. In an age predating radio and television, biography was not simply a genre of writing, says Scott Casper; it was the medium that allowed people to learn about public figures and peer into the lives of strangers. In this pioneering study, Casper examines how Americans wrote, published, and read biographies and how their conceptions of the genre changed over the course of a century.
Campaign biographies, memoirs of pious women, patriotic narratives of eminent statesmen, "mug books" that collected the lives of ordinary midwestern farmers--all were labeled "biography," however disparate their contents and the contexts of their creation, publication, and dissemination. Analyzing debates over how these diverse biographies should be written and read, Casper reveals larger disputes over the meaning of character, the definition of American history, and the place of American literary practices in a transatlantic world of letters. As much a personal experience as a literary genre, biography helped Americans imagine their own lives as well as the ones about which they wrote and read. 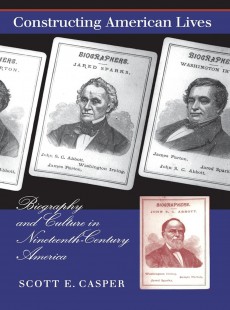 Biography and Culture in Nineteenth-Century America