Contra Instrumentalism questions the long-accepted notion that translation reproduces or transfers an invariant contained in or caused by the source text. This "instrumental" model of translation has dominated translation theory and commentary for more than two millennia, and its influence can be seen today in elite and popular cultures, in academic institutions and in publishing, in scholarly monographs and in literary journalism, in the most rarefied theoretical discourses and in the most commonly used clichés.Contra Instrumentalism aims to end the dominance of instrumentalism by showing how it grossly oversimplifies translation practice and fosters an illusion of immediate access to source texts. Lawrence Venuti asserts that all translation is an interpretive act that necessarily entails ethical responsibilities and political commitments. Venuti argues that a hermeneutic model offers a more comprehensive and incisive understanding of translation that enables an appreciation of not only the creative and scholarly aspects of what a translator does but also the crucial role translation plays in the cultural and social institutions that shape human life. 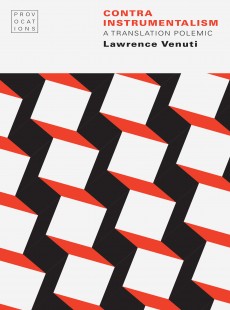