The New Madrid earthquakes of 1811–12 were the strongest temblors in the North American interior in at least the past five centuries. From the Great Plains to the Atlantic Coast and from the Great Lakes to the Gulf of Mexico, a broad cast of thinkers struggled to explain these seemingly unprecedented natural phenomena. They summoned a range of traditions of inquiry into the natural world and drew connections among signs of environmental, spiritual, and political disorder on the cusp of the War of 1812. Drawn from extensive archival research, Convulsed States probes their interpretations to offer insights into revivalism, nation remaking, and the relationship between religious and political authority across Native nations and the United States in the early nineteenth century. With a compelling narrative and rigorous comparative analysis, Jonathan Todd Hancock uses the earthquakes to bridge historical fields and shed new light on this pivotal era of nation remaking.

Through varied peoples' efforts to come to grips with the New Madrid earthquakes, Hancock reframes early nineteenth-century North America as a site where all of its inhabitants wrestled with fundamental human questions amid prophecies, political reinventions, and war. 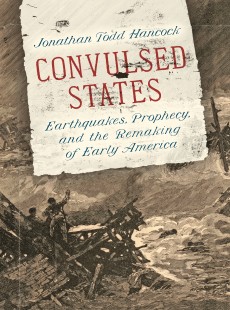 Earthquakes, Prophecy, and the Remaking of Early America