When Latino migration to the U.S. South became increasingly visible in the 1990s, observers and advocates grasped for ways to analyze "new" racial dramas in the absence of historical reference points. However, as this book is the first to comprehensively document, Mexicans and Mexican Americans have a long history of migration to the U.S. South. Corazon de Dixie recounts the untold histories of Mexicanos' migrations to New Orleans, Mississippi, Arkansas, Georgia, and North Carolina as far back as 1910. It follows Mexicanos into the heart of Dixie, where they navigated the Jim Crow system, cultivated community in the cotton fields, purposefully appealed for help to the Mexican government, shaped the southern conservative imagination in the wake of the civil rights movement, and embraced their own version of suburban living at the turn of the twenty-first century.

Rooted in U.S. and Mexican archival research, oral history interviews, and family photographs, Corazon de Dixie unearths not just the facts of Mexicanos' long-standing presence in the U.S. South but also their own expectations, strategies, and dreams. 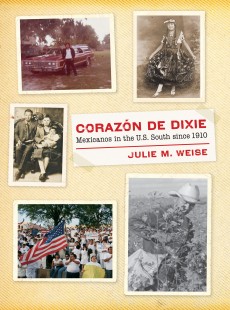