The idea of "region" in America has often served to isolate places from each other, observes Douglas Reichert Powell. Whether in the nostalgic celebration of folk cultures or the urbane distaste for "hicks," certain regions of the country are identified as static, insular, and culturally disconnected from everywhere else. In Critical Regionalism, Reichert Powell explores this trend and offers alternatives to it.

Reichert Powell proposes using more nuanced strategies that identify distinctive aspects of particular geographically marginal communities without turning them into peculiar "hick towns." He enacts a new methodology of critical regionalism in order to link local concerns and debates to larger patterns of history, politics, and culture. To illustrate his method, in each chapter of the book Reichert Powell juxtaposes widely known texts from American literature and film with texts from and about his own Appalachian hometown of Johnson City, Tennessee. He carries the idea further in a call for a critical regionalist pedagogy that uses the classroom as a place for academic writers to build new connections with their surroundings, and to teach others to do so as well. 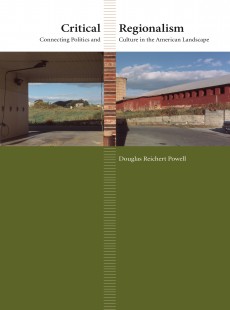 Connecting Politics and Culture in the American Landscape