Cuba's grassroots revolution prevailed on America's doorstep in 1959, fueling intense interest within the multiracial American Left even as it provoked a backlash from the U.S. political establishment. In this groundbreaking book, historian Teishan A. Latner contends that in the era of decolonization, the Vietnam War, and Black Power, socialist Cuba claimed center stage for a generation of Americans who looked to the insurgent Third World for inspiration and political theory. As Americans studied the island's achievements in education, health care, and economic redistribution, Cubans in turn looked to U.S. leftists as collaborators in the global battle against inequality and allies in the nation's Cold War struggle with Washington. By forging ties with organizations such as the Venceremos Brigade, the Black Panther Party, and the Cuban American students of the Antonio Maceo Brigade, and by providing political asylum to activists such as Assata Shakur, Cuba became a durable global influence on the U.S. Left.

Drawing from extensive archival and oral history research and declassified FBI and CIA documents, this is the first multidecade examination of the encounter between the Cuban Revolution and the U.S. Left after 1959. By analyzing Cuba's multifaceted impact on American radicalism, Latner contributes to a growing body of scholarship that has globalized the study of U.S. social justice movements. 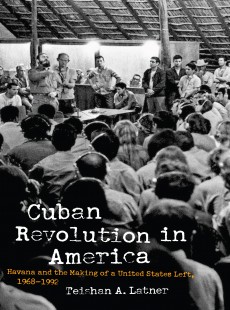