During the Great Depression, black intellectuals, labor organizers, and artists formed the National Negro Congress (NNC) to demand a "second emancipation" in America. Over the next decade, the NNC and its offshoot, the Southern Negro Youth Congress, sought to coordinate and catalyze local antiracist activism into a national movement to undermine the Jim Crow system of racial and economic exploitation. In this pioneering study, Erik S. Gellman shows how the NNC agitated for the first-class citizenship of African Americans and all members of the working class, establishing civil rights as necessary for reinvigorating American democracy.
Much more than just a precursor to the 1960s civil rights movement, this activism created the most militant interracial freedom movement since Reconstruction, one that sought to empower the American labor movement to make demands on industrialists, white supremacists, and the state as never before. By focusing on the complex alliances between unions, civic groups, and the Communist Party in five geographic regions, Gellman explains how the NNC and its allies developed and implemented creative grassroots strategies to weaken Jim Crow, if not deal it the "death blow" they sought. 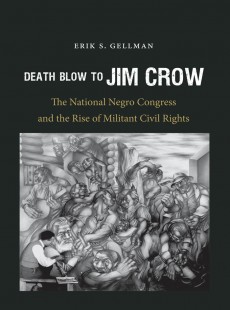 The National Negro Congress and the Rise of Militant Civil Rights