"Aloha" is at once the most significant and the most misunderstood word in the Indigenous Hawaiian lexicon. For K&257;naka Maoli people, the concept of "aloha" is a representation and articulation of their identity, despite its misappropriation and commandeering by non-Native audiences in the form of things like the "hula girl" of popular culture. Considering the way aloha is embodied, performed, and interpreted in Native Hawaiian literature, music, plays, dance, drag performance, and even ghost tours from the twentieth century to the present, Stephanie Nohelani Teves shows that misunderstanding of the concept by non-Native audiences has not prevented the K&257;naka Maoli from using it to create and empower community and articulate its distinct Indigenous meaning.

While Native Hawaiian artists, activists, scholars, and other performers have labored to educate diverse publics about the complexity of Indigenous Hawaiian identity, ongoing acts of violence against Indigenous communities have undermined these efforts. In this multidisciplinary work, Teves argues that Indigenous peoples must continue to embrace the performance of their identities in the face of this violence in order to challenge settler-colonialism and its efforts to contain and commodify Hawaiian Indigeneity. 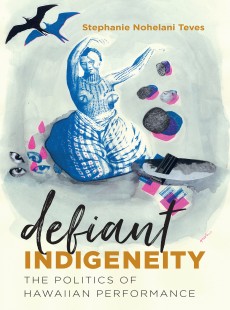 The Politics of Hawaiian Performance