In Diabetes in Native Chicago Margaret Pollak explores experiences, understandings, and care of diabetes in a Native American community made up of individuals representing more than one hundred tribes from across the United States and Canada. Today Indigenous Americans have some of the highest rates of diabetes worldwide. While rates of diabetes climbed in reservation areas, they also grew in cities, where the majority of Native people live today. Pollak's central argument is that the relationship between human culture and human biology is a reciprocal one: colonial history has greatly contributed to the diabetes epidemic in Native populations, and the diabetes epidemic is being incorporated into contemporary discussions of ethnic identity in Native Chicago, where a vulnerability to the development of diabetes is described as a distinctly Native trait. This work is based upon ethnographic research in Native Chicago conducted between 2007 and 2017, with ethnographic and oral history interviews, observations, surveys, and archival research. Diabetes in Native Chicago illustrates how local understandings of diabetes are shaped by what community members observe in cases of the disease among family and friends. Pollak shows that in the face of this epidemic, care for disease is woven into the everyday lives of community members. Diabetes is not merely a physical disease but a social one, perpetuated by social policies and practices, and can only be thwarted by changing society. 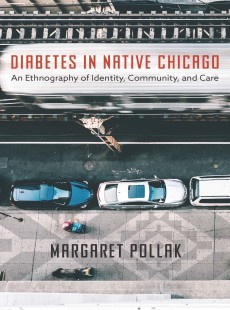 An Ethnography of Identity, Community, and Care