American literary nationalism is traditionally understood as a cohesive literary tradition developed in the newly independent United States that emphasized the unique features of America and consciously differentiated American literature from British literature. Robert S. Levine challenges this assessment by exploring the conflicted, multiracial, and contingent dimensions present in the works of late eighteenth- and nineteenth-century American and African American writers. Conflict and uncertainty, not consensus, Levine argues, helped define American literary nationalism during this period.

Levine emphasizes the centrality of both inter- and intra-American conflict in his analysis of four illuminating "episodes" of literary responses to questions of U.S. racial nationalism and imperialism. He examines Charles Brockden Brown and the Louisiana Purchase; David Walker and the debates on the Missouri Compromise; Nathaniel Hawthorne, Herman Melville, and Hannah Crafts and the blood-based literary nationalism and expansionism of the mid-nineteenth century; and Frederick Douglass and his approximately forty-year interest in Haiti. Levine offers critiques of recent developments in whiteness and imperialism studies, arguing that a renewed attention to the place of contingency in American literary history helps us to better understand and learn from writers trying to make sense of their own historical moments. 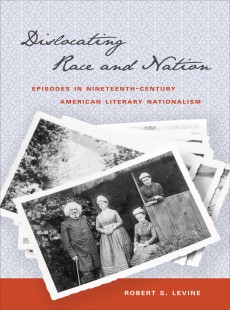