The massive and foreboding Great Dismal Swamp sprawls over 2,000 square miles and spills over parts of Virginia and North Carolina. From the early seventeenth century, the nearly impassable Dismal frustrated settlement. However, what may have been an impediment to the expansion of slave society became an essential sanctuary for many of those who sought to escape it. In the depths of the Dismal, thousands of maroons—people who had emancipated themselves from enslavement and settled beyond the reach of enslavers—established new lives of freedom in a landscape deemed worthless and inaccessible by whites.

Dismal Freedom unearths the stories of these maroons, their lives, and their struggles for liberation. Drawing from newly discovered primary sources and archeological evidence that suggests far more extensive maroon settlement than historians have previously imagined, award-winning author J. Brent Morris uncovers one of the most exciting yet neglected stories of American history. This is the story of resilient, proud, and determined people who made the Great Dismal Swamp their free home and sanctuary and who played an outsized role in undermining slavery through the Civil War. 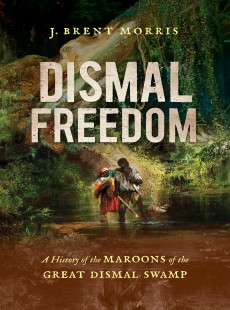 A History of the Maroons of the Great Dismal Swamp