Between 1940 and 1974, the number of African American farmers fell from 681,790 to just 45,594--a drop of 93 percent. In his hard-hitting book, historian Pete Daniel analyzes this decline and chronicles black farmers' fierce struggles to remain on the land in the face of discrimination by bureaucrats in the U.S. Department of Agriculture. He exposes the shameful fact that at the very moment civil rights laws promised to end discrimination, hundreds of thousands of black farmers lost their hold on the land as they were denied loans, information, and access to the programs essential to survival in a capital-intensive farm structure.

More than a matter of neglect of these farmers and their rights, this "passive nullification" consisted of a blizzard of bureaucratic obfuscation, blatant acts of discrimination and cronyism, violence, and intimidation. Dispossession recovers a lost chapter of the black experience in the American South, presenting a counternarrative to the conventional story of the progress achieved by the civil rights movement. 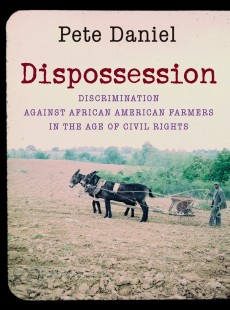 Discrimination against African American Farmers in the Age of Civil Rights