Dissonances of Modernity illuminates the ways in which music, as an artifact, a practice, and a discourse redefines established political, social, gender, and cultural conventions in Modern Spain. Using the notion of dissonance as a point of departure, the volume builds on the insightful approaches to the study of music and society offered by previous analyses in regards to the central position they give to identity as a socially and historically constructed concept, and continues their investigation on the interdependence of music and society in the Iberian Peninsula. While other serious studies of the intersections of music and literature in Spain have focused on contemporary usage, Dissonances of Modernity looks back across the centuries, seeking the role of music in the very formation of identity in the peninsula. The volume's historical horizon reaches from the nineteenth-century War of Africa to the Catalan working class revolutions and Enric Granados' central role in Catalan identity; from Francisco Barbieri's Madrid to the Wagnerian's influence in Benito Perez Galdos' prose; and from the predicaments surrounding national anthems to the use of the figure of Carmen in Francoist' cinema. This volume is a timely scholarly addition that contemplates not only a broad corpus that innovatively comprises popular and high culture--zarzuelas, choruses of industrial workers, opera, national anthems--but also their inter-dependence in the artists' creativity. 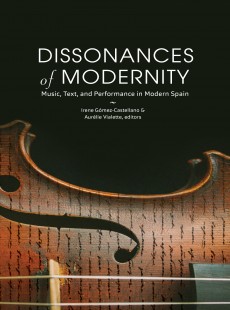