At the turn of the twentieth century, good highways eluded most Americans and nearly all southerners. In their place, a jumble of dirt roads covered the region like a bed of briars. Introduced in 1915, the Dixie Highway changed all that by merging hundreds of short roads into dual interstate routes that looped from Michigan to Miami and back. In connecting the North and the South, the Dixie Highway helped end regional isolation and served as a model for future interstates. In this book, Tammy Ingram offers the first comprehensive study of the nation's earliest attempt to build a highway network, revealing how the modern U.S. transportation system evolved out of the hard-fought political, economic, and cultural contests that surrounded the Dixie's creation.

The most visible success of the Progressive Era Good Roads Movement, the Dixie Highway also became its biggest casualty. It sparked a national dialogue about the power of federal and state agencies, the role of local government, and the influence of ordinary citizens. In the South, it caused a backlash against highway bureaucracy that stymied road building for decades. Yet Ingram shows that after the Dixie Highway, the region was never the same. 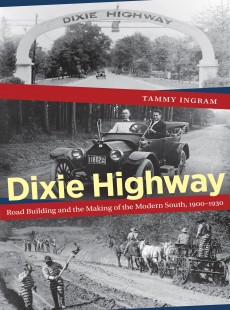