From the late nineteenth century through World War II, popular culture portrayed the American South as a region ensconced in its antebellum past, draped in moonlight and magnolias, and represented by such southern icons as the mammy, the belle, the chivalrous planter, white-columned mansions, and even bolls of cotton. In Dreaming of Dixie, Karen Cox shows that the chief purveyors of nostalgia for the Old South were outsiders of the region, playing to consumers' anxiety about modernity by marketing the South as a region still dedicated to America's pastoral traditions. In addition, Cox examines how southerners themselves embraced the imaginary romance of the region's past. 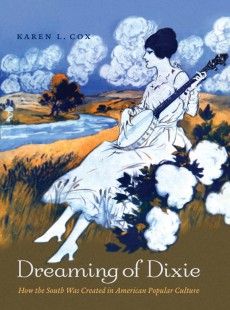 How the South Was Created in American Popular Culture