As the most populous country in Eastern Europe as well as the birthplace of the largest anticommunist dissident movement, Poland is crucial in understanding the end of the Cold War. During the 1980s, both the United States and the Soviet Union vied for influence over Poland's politically tumultuous steps toward democratic revolution. In this groundbreaking history, Gregory F. Domber examines American policy toward Poland and its promotion of moderate voices within the opposition, while simultaneously addressing the Soviet and European influences on Poland's revolution in 1989. With a cast including Reagan, Gorbachev, and Pope John Paul II, Domber charts American support of anticommunist opposition groups--particularly Solidarity, the underground movement led by future president Lech Wa&322;&281;sa--and highlights the transnational network of Polish emigres and trade unionists that kept the opposition alive.

Utilizing archival research and interviews with Polish and American government officials and opposition leaders, Domber argues that the United States empowered a specific segment of the Polish opposition and illustrates how Soviet leaders unwittingly fostered radical, pro-democratic change through their policies. The result is fresh insight into the global impact of the Polish pro-democracy movement. 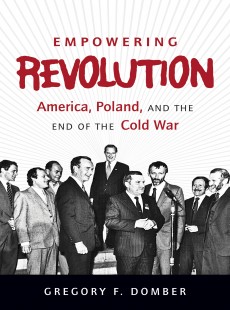 America, Poland, and the End of the Cold War