By examining environmental change through the lens of conflicting social agendas, Andrew Hurley uncovers the historical roots of environmental inequality in contemporary urban America. Hurley's study focuses on the steel mill community of Gary, Indiana, a city that was sacrificed, like a thousand other American places, to industrial priorities in the decades following World War II. Although this period witnessed the emergence of a powerful environmental crusade and a resilient quest for equality and social justice among blue-collar workers and African Americans, such efforts often conflicted with the needs of industry. To secure their own interests, manufacturers and affluent white suburbanites exploited divisions of race and class, and the poor frequently found themselves trapped in deteriorating neighborhoods and exposed to dangerous levels of industrial pollution. In telling the story of Gary, Hurley reveals liberal capitalism's difficulties in reconciling concerns about social justice and quality of life with the imperatives of economic growth. He also shows that the power to mold the urban landscape was intertwined with the ability to govern social relations. 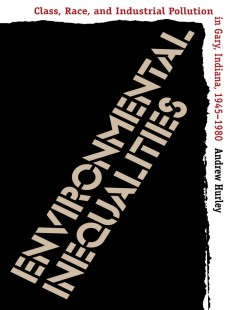