Robert "Fighting Bob" La Follette (1855-1925) was one of the most significant leaders of American progressivism. Nancy Unger integrates previously unknown details from La Follette's personal life with important events from his storied political career, revealing a complex man who was a compelling mixture of failure and accomplishment, tragedy and triumph.

Serving as U.S. representative from 1885 to 1891, governor of Wisconsin from 1901 to 1906, and senator from Wisconsin from 1906 to his death in 1925, La Follette earned the nickname "Fighting Bob" through his uncompromising efforts to reform both politics and society, especially by championing the rights of the poor, workers, women, and minorities.

Based on La Follette family letters, diaries, and other papers, this biography covers the personal events that shaped the public man. In particular, Unger explores La Follette's relationship with his remarkable wife, feminist Belle Case La Follette, and with his sons, both of whom succeeded him in politics. The La Follette who emerges from this retelling is an imperfect yet appealing man who deserves to be remembered as one of the United States' most devoted and effective politicians. 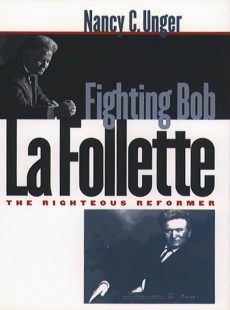