Grounded in the rich history of Chicago politics, For the Freedom of Her Race tells a wide-ranging story about black women's involvement in southern, midwestern, and national politics. Examining the oppressive decades between the end of Reconstruction in 1877 and the election of Franklin Delano Roosevelt in 1932--a period that is often described as the nadir of black life in America--Lisa Materson shows that as African American women migrated beyond the reach of southern white supremacists, they became active voters, canvassers, suffragists, campaigners, and lobbyists, mobilizing to gain a voice in national party politics and elect representatives who would push for the enforcement of the Reconstruction Amendments in the South. 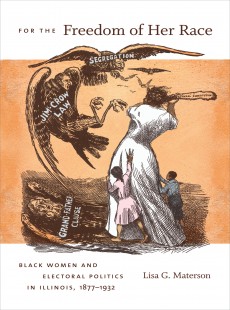 For the Freedom of Her Race