A gateway to the West and an outpost for eastern capital and culture, St. Louis straddled not only geographical and political divides but also cultural, racial, and sectional ones. At the same time, it connected a vast region as a gathering place of peoples, cultures, and goods. The essays in this collection contextualize St. Louis, exploring French-Native relations, the agency of empire in the Illinois Country, the role of women in "mapping" the French colonial world, fashion and identity, and commodities and exchange in St. Louis as part of a broader politics of consumption in colonial America. The collection also provides a comparative perspective on America's two great Creole cities, St. Louis and New Orleans. Lastly, it looks at the Frenchness of St. Louis in the nineteenth century and the present.French St. Louis recasts the history of St. Louis and reimagines regional development in the early American republic, shedding light on its francophone history. 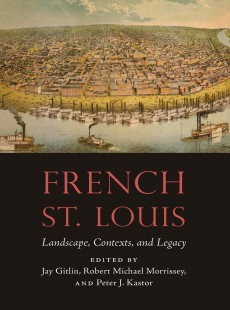