From Idols to Antiquity explores the origins and tumultuous development of the National Museum of Mexico and the complicated histories of Mexican antiquities during the first half of the nineteenth century. Following independence from Spain, the National Museum of Mexico was founded in 1825 by presidential decree. Nationhood meant cultural as well as political independence, and the museum was expected to become a repository of national objects whose stories would provide the nation with an identity and teach its people to become citizens.Miruna Achim reconstructs the early years of the museum as an emerging object shaped by the logic and goals of historical actors who soon found themselves debating the origin of American civilizations, the nature of the American races, and the rightful ownership of antiquities. Achim also brings to life an array of fascinating characters—antiquarians, naturalists, artists, commercial agents, bureaucrats, diplomats, priests, customs officers, local guides, and academics on both sides of the Atlantic—who make visible the rifts and tensions intrinsic to the making of the Mexican nation and its cultural politics in the country's postcolonial era. 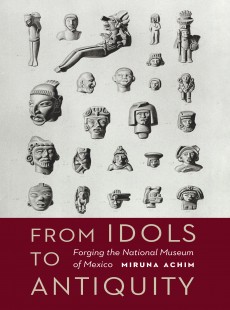 From Idols to Antiquity

Forging the National Museum of Mexico