Conceived at the same conference that produced the Student Nonviolent Coordinating Committee (SNCC), the Student Interracial Ministry (SIM) was a national organization devoted to dismantling Jim Crow while simultaneously advancing American Protestant mainline churches' approach to race. In this book, David P. Cline details how, between the founding of SIM in 1960 and its dissolution at the end of the decade, the seminary students who created and ran the organization influenced hundreds of thousands of community members through its various racial reconciliation and economic justice projects. From inner-city ministry in Oakland to voter registration drives in southwestern Georgia, participants modeled peaceful interracialism nationwide. By telling the history of SIM--its theology, influences, and failures--Cline situates SIM within two larger frameworks: the long civil rights movement and the even longer tradition of liberal Christianity's activism for social reform.

Pulling SIM from the shadow of its more famous twin, SNCC, Cline sheds light on an understudied facet of the movement's history. In doing so, he provokes an appreciation of the struggle of churches to remain relevant in swiftly changing times and shows how seminarians responded to institutional conservatism by challenging the establishment to turn toward political activism. 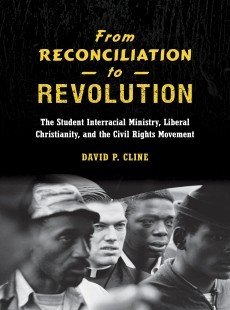 From Reconciliation to Revolution