Transcending geographic and cultural lines, From Toussaint to Tupac is an ambitious collection of essays exploring black internationalism and its implications for a black consciousness. At its core, black internationalism is a struggle against oppression, whether manifested in slavery, colonialism, or racism. The ten essays in this volume offer a comprehensive overview of the global movements that define black internationalism, from its origins in the colonial period to the present.

From Toussaint to Tupac focuses on three moments in global black history: the American and Haitian revolutions, the Garvey movement and the Communist International following World War I, and the Black Power movement of the late twentieth century. Contributors demonstrate how black internationalism emerged and influenced events in particular localities, how participants in the various struggles communicated across natural and man-made boundaries, and how the black international aided resistance on the local level, creating a collective consciousness.

In sharp contrast to studies that confine Black Power to particular national locales, this volume demonstrates the global reach and resonance of the movement. The volume concludes with a discussion of hip hop, including its cultural and ideological antecedents in Black Power. 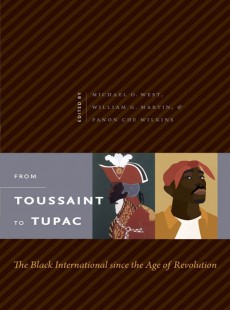 From Toussaint to Tupac

The Black International since the Age of Revolution