Two notorious antebellum New York murder cases--a prostitute slashed in an elegant brothel and a tradesman bludgeoned by the brother of inventor Samuel Colt--set off journalistic scrambles over the meanings of truth, objectivity, and the duty of the press that reverberate to this day. In 1833 an entirely new kind of newspaper--cheap, feisty, and politically independent--introduced American readers to the novel concept of what has come to be called objectivity in news coverage. The penny press was the first medium that claimed to present the true, unbiased facts to a democratic audience. But in Froth and Scum, Andie Tucher explores--and explodes--the notion that 'objective' reporting will discover a single, definitive truth. As they do now, news stories of the time aroused strong feelings about the possibility of justice, the privileges of power, and the nature of evil. The prostitute's murder in 1836 sparked an impassioned public debate, but one newspaper's 'impartial investigation' pleased the powerful by helping the killer go free. Colt's 1841 murder of the tradesman inspired universal condemnation, but the newspapers' singleminded focus on his conviction allowed another secret criminal to escape. By examining media coverage of these two sensational murders, Tucher reveals how a community's needs and anxieties can shape its public truths. The manuscript of this book won the 1991 Allan Nevins Prize of the Society of American Historians for the best-written dissertation in American history. from the book Journalism is important. It catches events on the cusp between now and then--events that still may be changing, developing, ripening. And while new interpretations of the past can alter our understanding of lives once led, new interpretations of the present can alter the course of our lives as we live them. Understanding the news properly is important. The way a community receives the news is profoundly influenced by who its members are, what they hope and fear and wish, and how they think about their fellow citizens. It is informed by some of the most occult and abstract of human ideas, about truth, beauty, goodness, and justice. 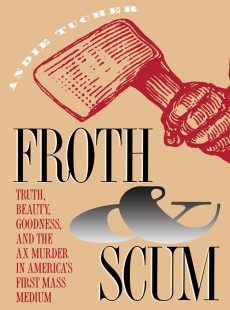