Of the wave of labor strikes that swept through the South in 1929, the one at the Loray Mill in Gastonia, North Carolina, is perhaps the best remembered. In Gastonia 1929 John Salmond provides the first detailed account of the complex events surrounding the strike at the largest textile mill in the Southeast. His compelling narrative unravels the confusing story of the shooting of the town's police chief, the trials of the alleged killers, the unsolved murder of striker Ella May Wiggins, and the strike leaders' conviction and subsequent flight to the Soviet Union. Describing the intensifying climate of violence in the region, Salmond presents the strike within the context of the southern vigilante tradition and as an important chapter in American economic and labor history in the years after World War I. He draws particular attention to the crucial role played by women as both supporters and leaders of the strike, and he highlights the importance of race and class issues in the unfolding of events. 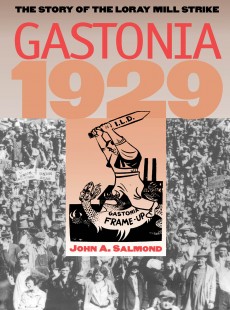 The Story of the Loray Mill Strike