The man who gave his name to the greatest failed frontal attack in American military history, George E. Pickett is among the most famous Confederate generals of the Civil War. But even today he remains imperfectly understood, a figure shrouded in Lost Cause mythology. In this carefully researched biography, Lesley Gordon moves beyond earlier studies of Pickett. By investigating the central role played by his wife LaSalle in controlling his historical image, Gordon illuminates Pickett's legend as well as his life.
After exploring Pickett's prewar life as a professional army officer trained at West Point, battle-tested in Mexico, and seasoned on the western frontier, Gordon traces his return to the South in 1861 to fight for the Confederacy. She examines his experiences during the Civil War, including the famed, but failed, charge at the battle of Gettysburg, and charts the decline in his career that followed.
Gordon also looks at Pickett's marriage in 1863 to LaSalle Corbell, like him a child of the Virginia planter elite. Though their life together lasted only twelve years, LaSalle spent her five decades of widowhood writing and speaking about her husband and his military career. Appointing herself Pickett's official biographer, she became a self-proclaimed authority on the war and the Old South. In fact, says Gordon, LaSalle carefully and deliberately created a favorable image of her husband that was at odds with the man she had married. 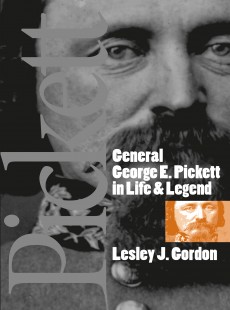