During the late nineteenth and twentieth centuries, as the American West underwent a series of transformations, certain pivotal figures also undertook a process of self-transformation. Geographic Personas reveals a practice of public performance, impersonation, deception, and fraud, exposing the secret lives of men and women who capitalized on changes occurring in the region. These changes affected the arts; land ownership; scientific exploration; definitions of race, gender, and sexual orientation; and relations between the United States and other countries throughout the world. In addition to well-known figures such as Clarence King and Willa Cather, Geographic Personas examines lesser-known players in the performative process of westward expansion, including Isadora Duncan, the founder of modern American dance; Polish actress Helena Modjeska; Adolf Hitler's favorite author, Karl May; Japanese poet Yone Noguchi; Sylvester Long, a mixed-race star of Native American silent films whose mother was born into slavery; and the perpetrator of the greatest land grant hoax in U.S. history. While scholars have written about the environmental, demographic, and economic changes that occurred in the West during the nineteenth century, Allmendinger adds a crucial piece to this dialogue. He brings to light the experiences of artists, dancers, film stars, con men, and criminals in stories of self-transformation that are often sad, tragic, and poignant. 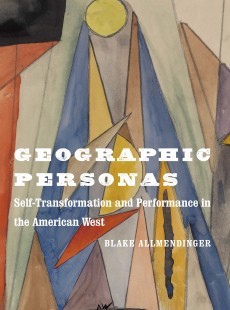 Self-Transformation and Performance in the American West