In this absorbing transnational history, Alex Lubin reveals the vital connections between African American political thought and the people and nations of the Middle East. Spanning the 1850s through the present, and set against a backdrop of major political and cultural shifts around the world, the book demonstrates how international geopolitics, including the ascendance of liberal internationalism, established the conditions within which blacks imagined their freedom and, conversely, the ways in which various Middle Eastern groups have understood and used the African American freedom struggle to shape their own political movements.

Lubin extends the framework of the black freedom struggle beyond the familiar geographies of the Atlantic world and sheds new light on the linked political, social, and intellectual imaginings of African Americans, Palestinians, Arabs, and Israeli Jews. This history of intellectual exchange, Lubin argues, has forged political connections that extend beyond national and racial boundaries. 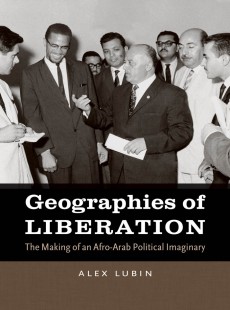 The Making of an Afro-Arab Political Imaginary