An acknowledged authority on German history and memory, Alon Confino presents in this volume an original critique of the relations between nationhood, memory, and history, applied to the specific case of Germany. In ten essays (three never before published and one published only in German), Confino offers a distinct view of German nationhood in particular and of nationhood in general as a product of collective negotiation and exchange between the many memories that exist in the nation.

The first group of essays centers on the period from 1871 to 1990 and explores how Germans used conceptions of the local, or Heimat, to identify what it meant to be German in a century of ideological upheavals. The second group of essays comprehensively critiques and analyzes the ways laypersons and scholars use the notion of memory as a tool to understand the past. Arguing that the case of Germany contains particular characteristics with broader implications for the way historians practice their trade, Germany as a Culture of Remembrance examines the limits and possibilities of writing history. 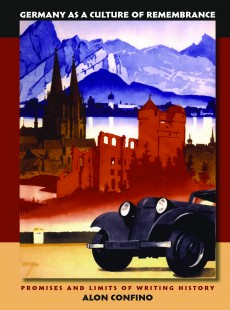 Germany as a Culture of Remembrance

Promises and Limits of Writing History