Abu Hamid al-Ghaz&257;l&299;, a Muslim jurist-theologian and polymath who lived from the mid-eleventh to the early twelfth century in present-day Iran, is a figure equivalent in stature to Maimonides in Judaism and Thomas Aquinas in Christianity. He is best known for his work in philosophy, ethics, law, and mysticism. In an engaged re-reading of the ideas of this preeminent Muslim thinker, Ebrahim Moosa argues that Ghaz&257;l&299;'s work has lasting relevance today as a model for a critical encounter with the Muslim intellectual tradition in a modern and postmodern context.

Moosa employs the theme of the threshold, or dihliz, the space from which Ghaz&257;l&299; himself engaged the different currents of thought in his day, and proposes that contemporary Muslims who wish to place their own traditions in conversation with modern traditions consider the same vantage point. Moosa argues that by incorporating elements of Islamic theology, neoplatonic mysticism, and Aristotelian philosophy, Ghaz&257;l&299;'s work epitomizes the idea that the answers to life's complex realities do not reside in a single culture or intellectual tradition. Ghaz&257;l&299;'s emphasis on poiesis--creativity, imagination, and freedom of thought--provides a sorely needed model for a cosmopolitan intellectual renewal among Muslims, Moosa argues. Such a creative and critical inheritance, he concludes, ought to be heeded by those who seek to cultivate Muslim intellectual traditions in today's tumultuous world. 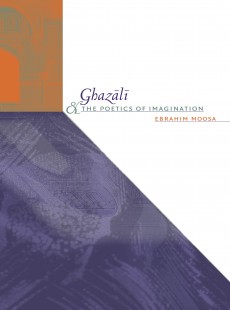 Ghazali and the Poetics of Imagination