On January 1, 1804, Haiti shocked the world by declaring independence. Historians have long portrayed Haiti's postrevolutionary period as one during which the international community rejected Haiti's Declaration of Independence and adopted a policy of isolation designed to contain the impact of the world's only successful slave revolution. Julia Gaffield, however, anchors a fresh vision of Haiti's first tentative years of independence to its relationships with other nations and empires and reveals the surprising limits of the country's supposed isolation.

Gaffield frames Haitian independence as both a practical and an intellectual challenge to powerful ideologies of racial hierarchy and slavery, national sovereignty, and trade practice. Yet that very independence offered a new arena in which imperial powers competed for advantages with respect to military strategy, economic expansion, and international law. In dealing with such concerns, foreign governments, merchants, abolitionists, and others provided openings that were seized by early Haitian leaders who were eager to negotiate new economic and political relationships. Although full political acceptance was slow to come, economic recognition was extended by degrees to Haiti--and this had diplomatic implications. Gaffield's account of Haitian history highlights how this layered recognition sustained Haitian independence. 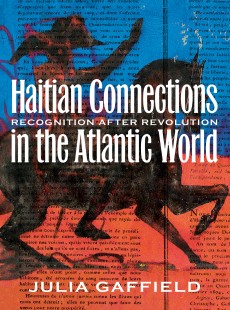 Haitian Connections in the Atlantic World