In 1984 Jesse Helms, television-commentator-turned-politician and high priest of the New Right in the U.S. Senate, and James Hunt Jr., North Carolina's first two-term governor in the twentieth century, clashed in a $22 million campaign that was the most costly race for a U.S. Senate seat in American history. The political brawl, featuring old-style tactics and the latest electronic techniques, reflected in microcosm many national and regional issues -- economic, social, racial, and religious. 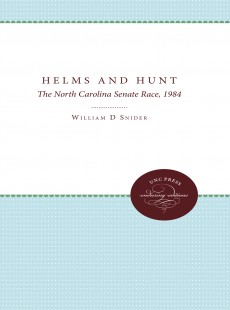