Hemispheric foreign policy has waxed and waned since the Mexican War, and the Cold War presented both extraordinary promises and dangerous threats to U.S.–Latin American cooperation. In Hemispheric Alliances, Andrew J. Kirkendall examines the strengths and weaknesses of new models for U.S.–Latin American relations created by liberal Democrats who came to the fore during the Kennedy administration and retained significant influence until the Reagan era. Rather than exerting ironfisted power in Latin America, liberal Democrats urged Washington to be a moral rather than a militaristic leader in hemispheric affairs. 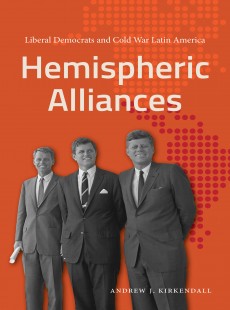