Heroic Hearts examines how young women in nineteenth-century France, authorized by a widespread cultural discourse that privileged individual authority over domesticity and marriage, sought to change the world. Jennifer J. Popiel offers a recuperative reading of sentimental authority, especially in its relationship to religious vocabulary. Heroic Hearts uncovers the ways sentimental appeals authorized women to trust themselves as modern actors for a project of cultural restoration. With their emphasis on sacrifice and heroism, these cultural currents offered liberatory potential.Heroic Hearts examines not only general cultural currents but their adoption by particular women, each of whom was privileged with access to money and social influence. The words of three extraordinary women, Philippine Duchesne, Pauline Jaricot, and Z�lie Martin, offer powerful testimony to their agency. These women's rejection of "traditional" domesticity, believed to be a formative influence for their class, demonstrates how women understood the imperative to change the world outside of their natural families. Their writings, which demonstrate the appeal of sentimental virtue, show us how women's public lives could exist not in opposition to prevailing religious and social ideals but because of them. � 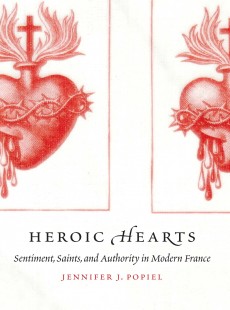